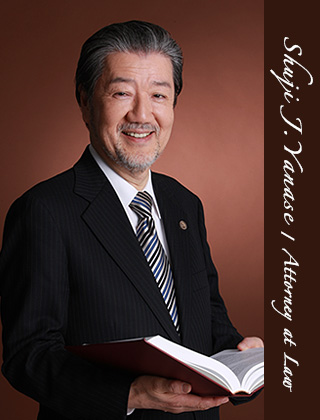 Shuji J. Yanase is available for advising on dispute resolution, M&A, and crisis management.
He is available to accept appointment as an arbitrator or Mediator.

Shuji J. Yanase has been practicing law for over forty years, and his principal areas of practice have been international financing and securities; cross-border M&A; joint ventures and other international transactions, and include, since late 1990’s, international dispute resolution.

He served as Chairman of Nagashima Ohno & Tsunematsu law firm in Tokyo (2000–2005), and as Of Counsel at the firm (2006–2014). In 2014 he accepted the role of President of a company (“OK Corporation”) operating a chain of supermarkets in the Tokyo metropolitan area and since then has accumulated his experiences in business as President (2014–2016) and Executive Vice-Chairman (2016-2017) of that company.

He is a member of the Board of Visitors of the Columbia Law School since 2002.
He is a member of Rotary International (Tokyo Ebisu Rotary Club), and is the founder of S.J. YANASE FOUNDATION, which was established in 2015 in Singapore for charitable purposes.